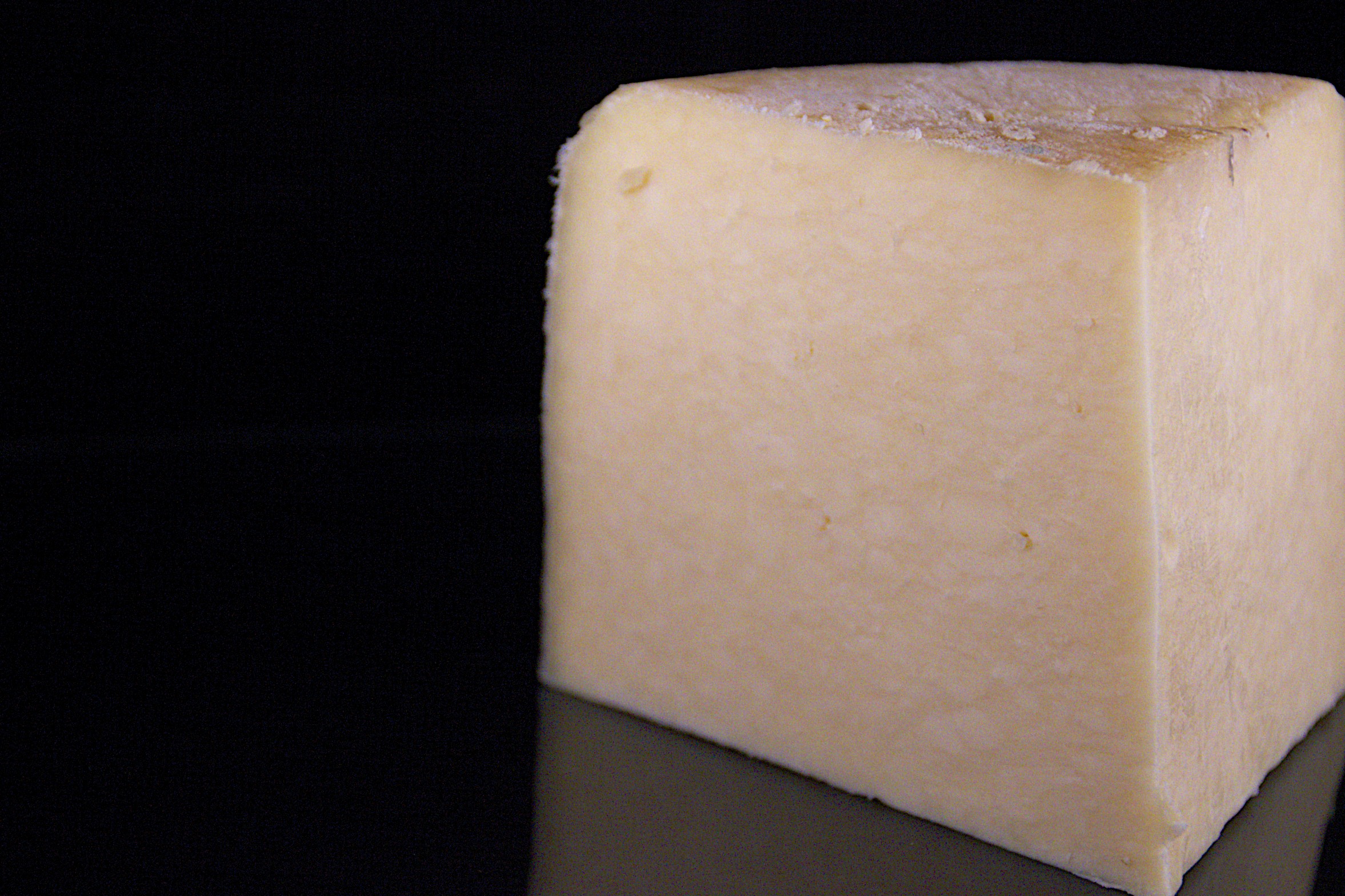 Mrs. Ruth Kirkham is a third generation of cheesemakers in her family, working alongside her husband John, and since 1993 their son Graham at the family farm, Lower Beesley Farm in Goosnargh, near Preston – so this cheese is very much a family affair.

The recipe followed is that of the traditional Lancashire three day curd method, which dates back from before farmers specialised in diary herds, thereby taking three full days to produce enough curd for a cheese. The curd in Mrs Kirkham’s Lancashire cheese is made up of one third yesterday’s curd, one third from the day before and the final third the day before that. This process allows greater control over the acidity of the cheese, especially as the family use very little starter on the cheese, allowing the cheese to mostly sour naturally.

Mrs Kirkham’s is also now bound not in wax but cloth, which is then buttered on the outside. The cloth provides a less air tight seal than wax, helping the cheese to better mature, retaining the flavour and texture better and releasing the savoury flavours.

Due to the traditional processes used in production of Mrs Kirkham’s Lancashire cheese the natural flora of the milk comes through when tasting giving some tangy lemony flavours with a yogurty finish and a gentle acidity. A moist, yet crumbly texture, fluffy and noticeably buttery – what’s known in Lancashire as a “buttery crumble”.

Graham Kirkham has been heard to describe the cheese as offering “nothing prickly or sharp: [just] mellow, milky, and buttery, that’s what we’re looking for, with a little bit of a lemon acidity on the back”.

Mrs Kirkham’s is a delight on it’s own, as part of a cheeseboard selection or used in cooking – but the real delight is Mrs Kirkham’s on toast, as either rarebit or even just with a splash of HP sauce. Great for a warming treat during winter!