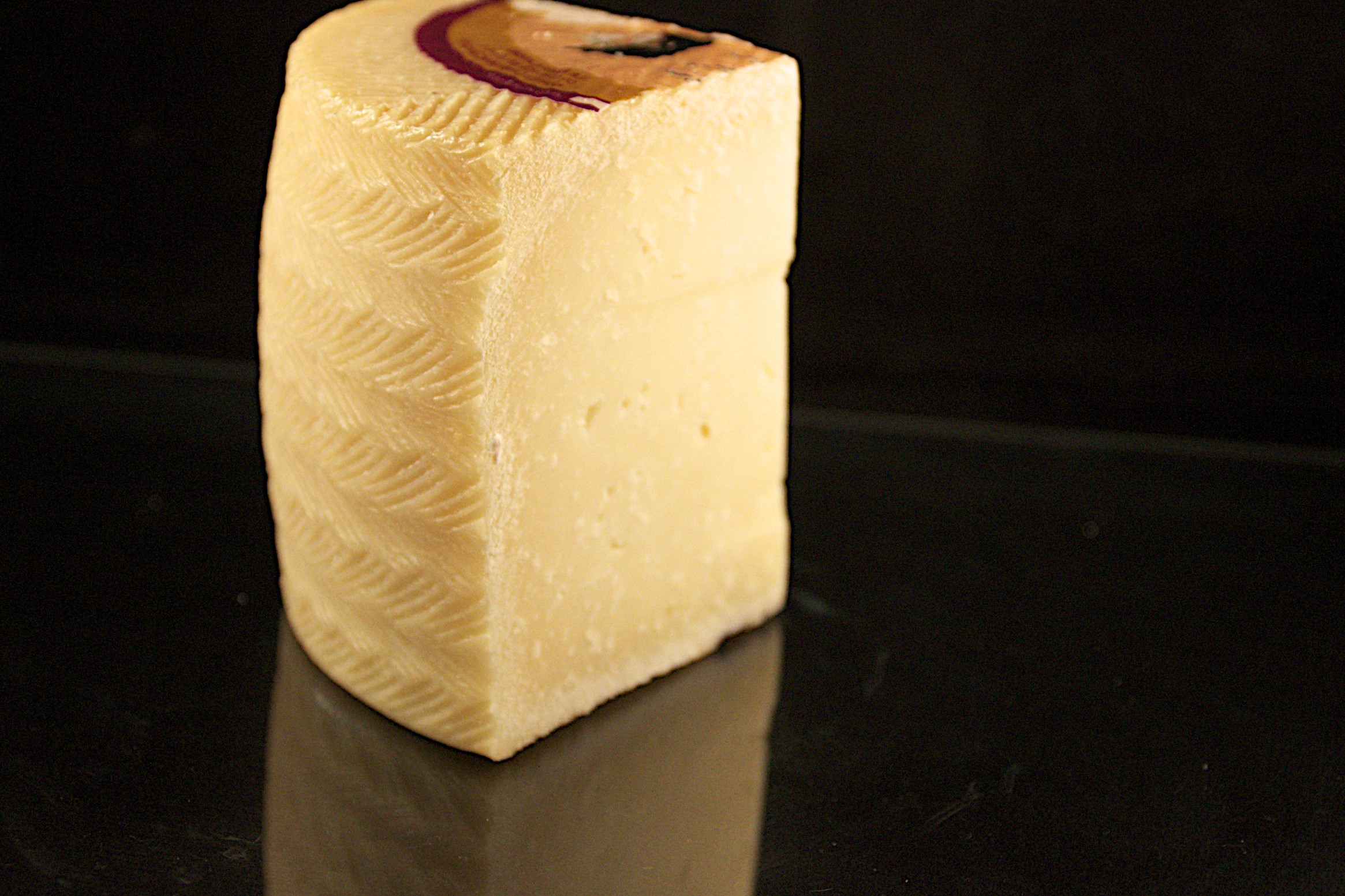 Manchego Curado cheese, as the name suggests is a pasteurised, hard Spanish cheese, created in the La Mancha region of Spain. The name of the cheese actually originates from the ewe’s milk used in production, which is from the Manchega breed of sheep. The cheese is made by a small family business and therefore has limited production.

The location of the cheeses production is so intrinsic to its production process and complex, distinctive taste that the range of cheeses have been granted the Protected Destination of Origin status.

Manchego Curado cheese is part of a series of Manchego cheeses, which increase in hardness, reaching a texture similar to Parmesan. The Curado version is in the middle of the extremes being matured for approximately six months.

The Manchego Curado cheese is coated in an inedible yellowy brownish rind, enclosing the main body of the cheese which usually has uneven air pockets throughout.

The Curado is intense and mature, yet not too strong with distinctive buttery notes coupled with a full and fruity flavour. It is a cheese of dimension, with an apparent acidity giving a dry tone to the cheese whilst also releasing a nutty, caramel taste.

The texture is firm and compact, yet soft enough to still be enjoyed as a cheese board cheese, in its own right.

As with many Spanish cheeses, Manchego Curado cheese is well accompanied by any full bodied Spanish wine. It keeps for around six months if kept refrigerated, but should be consumed within two weeks of opening.