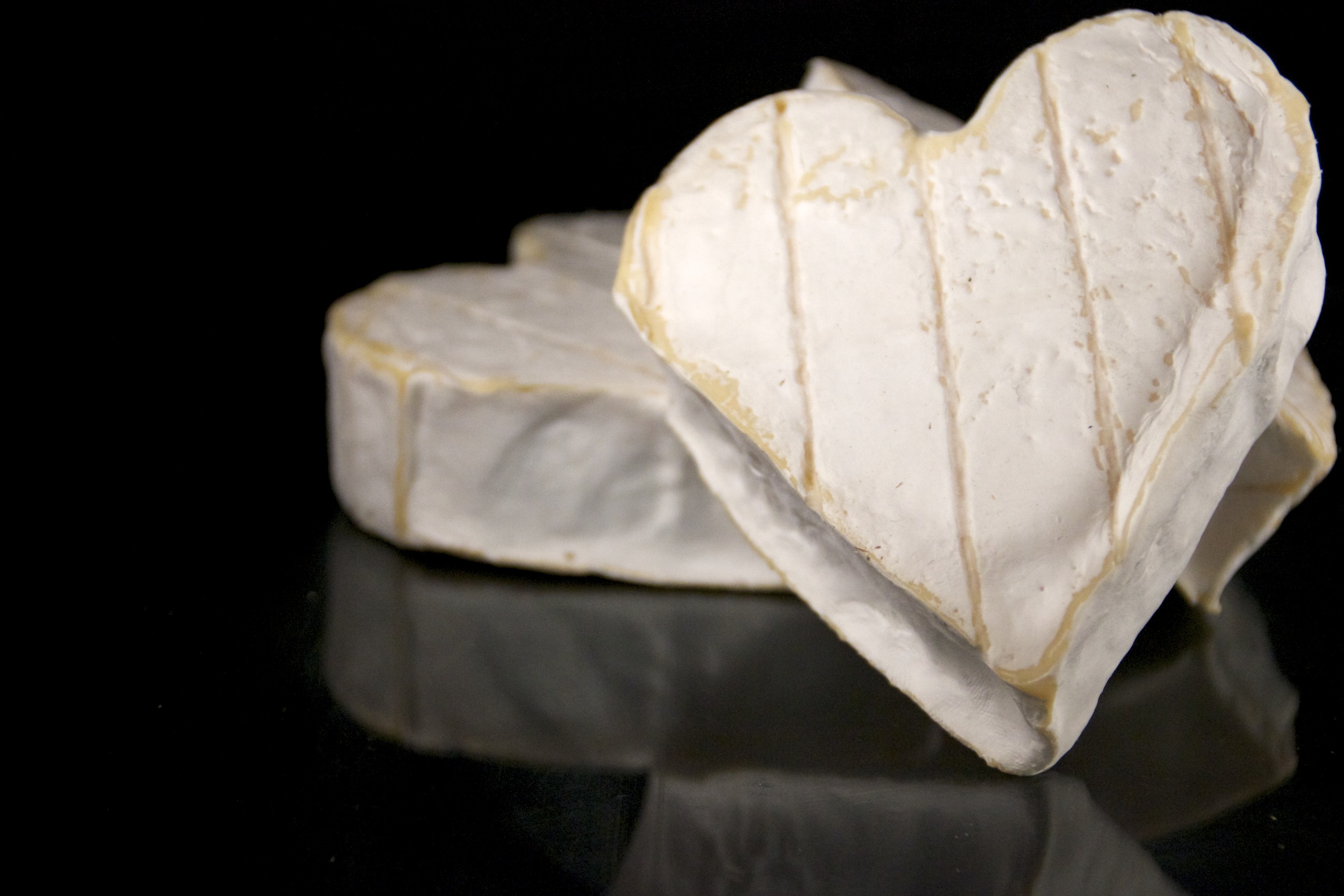 The perfect gift for Valentines Day, has got to be a heart shaped cheese! And though these come in all sorts of shapes, sizes and cheese variations, which better than one originating from an expression of love during war.

The story goes that the maids of Neufchâtel-en-Bray, in Normandy, France – most of whom were cheese makers – started to fall in love with the British soldiers during the hundred years war and as an expression of their love started to produce heart shaped, soft cheeses, which they would sometimes give as gifts to their sweethearts.

Due to this heritage, Neufchâtel is usually sold in either large or small heart shapes, the cheese is also available in small bricks, squares and large or small cylinders from some of the AOC producers of the cheese in the area. As of alterations to the AOC rules in 2007 the protected cheese is now only supposed to use the fresh, unpasteurised milk of the Normandie breed of cow.

This milk once collected is heated, with the rennet being added two hours later. The differentiation of Neufchâtel from other Normandy cheeses comes after the curds and whey have been removed and after a short while draining unassisted, the cotton bags are then put in a press to remove as much whey as possible. This process results in the grainier texture than many other soft French cheeses.

Maturation is reached at a minimum of ten days, when left in caves, though Neufchâtel cheese is usually left between eight and ten weeks, during which time the bloomy, edible white mould of the exterior hardens, developing the creamy interior consistency.

The Coeur de Neufchâtel cheese is a soft, and slightly crumbly cheese, usually compared to Camembert, produced in the French region of Normandy.

Though similar in looks to a Camembert, Neufchâtel has a saltier taste and sharper finish. It is richer in taste, but coarser and grainy in texture.

Coeur de Neufchâtel cheese has the aroma and taste of earthy mushrooms, whilst retaining a very creamy consistency, occasionally with a yeasty undertone, depending on age.

Coeur de Neufchâtel cheese is beautiful whole baked and served with truffle honey, or a Cabernet Sauvignon jus with a side garnish of waldorf salad. Accompanied by a rich red wine or cider.